Thus beginneth my next obsession.

The condition of my new acquisition.

The machine was in what I would describe as good+ condition.  The great news is that most of the issues seemed to be cosmetic.

The game was playable, but mechanically there were a few issues – a pop bumper or two was non responsive, the sound was badly garbled, and a few segments in the VFD display were dead, etc.. but even I – being new to pinball repair- could see there were no major issues.

The boxes and outer paint were overall in very good shape, with a few scuffs and dings as should be expected in a 25 year old game.  The Coin Door was nicked quite a bit.

The playfield paint and finish was in pretty much spectacular shape.  There was mylar over much of it and it seems that the machine wasn’t played a ton.

The plastics were for the most part fully intact, with the exception of the black ramp on the left.  The bottom where the steel piece rests on the playfield was just about broken off.  Everything here has very grungy however.  All the white rubber was filthy, the playfield had dirty ball-tracks, and the plastics were hazy or dirty.

Electrically – the right-side General Illumination (GI)  was dead.  (I found out later this is very common.)  Many bulbs were dead or dim.  Most were dirty.  The backup battery holder on the system board was heavily corroded and probably unusable.

Some of the plastic playfield inserts had air bubbles under the mylar and it appeared that the plastic may have degraded.

Overall this was a perfect learning project machine for me – it required a lot if cleaning and polishing, some mechanical work, and a little circuit repair. 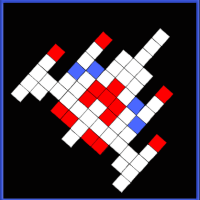